Estimating engineering work is a very complex task. Most teams find it hard to accurately estimate development effort as there are a lot of things that need to be factored in. For example, a senior developer might complete a task in two days, while a junior or intermediate developer might need four to ten days for the same task. Further, if a senior developer is busy with meetings or waiting for third-party integrations, a task that would normally take two days might easily require four. Estimates are such a contentious topic that some agile leaders and coaches, proponents of the #NoEstimates Movement, advocate for abandoning them entirely.

Engineering work is traditionally estimated by looking at the time required to complete a task. However, this method does not consider the task’s wider context—for example, varying team skill levels, unscheduled meetings, unclear requirements, waiting on integrations, changing objectives, and so on. As a result, time estimation leads to an increased risk of missed deadlines, task bottlenecks, and scope creep.

Story point estimation, on the other hand, is an estimation technique that instead looks at the effort required. In story point estimation, instead of time, each user story (work item) is assigned a number (points) representing the effort required to complete it. The actual time required to complete the user story is not known during estimation; this makes it easier to deal with complexities, risks, and unknowns that might arise.

In this article, you will learn about story point estimation, the problems it solves compared to time-based estimation, and how best to implement it with your team.

Story point estimation is a holistic approach to task estimation. Rather than focusing on the time taken, which might differ from developer to developer, story points look at the effort required to complete a particular task. With story points, the team assigns points to a backlog item relative to the required effort, its complexity, and any risks or uncertainties.

This approach has the following benefits:

While story points can simplify and improve the estimation of tasks, some critics have highlighted the following drawbacks:

To properly estimate a given task using story points, the team will review the task and assign it a story point based on three factors:

The Fibonacci sequence is used instead of the normal number sequence (1, 2, 3, 4, 5, 6, 7, etc.) because its numbers increase relatively, and that makes for easier estimation. The nonlinear increase makes it easier to make a distinction between two estimates. Consider this—on a scale of 1 to 20, telling the difference between a 12 and a 13 might be hard, but since Fibonacci numbers increase proportionally in the sequence, it’s easier to tell the difference between a 13 and a 21.

The image below of the Fibonacci spiral demonstrates this concept. The squares representing the Fibonacci series increase more and more, and their differences become more apparent, making estimation easier. 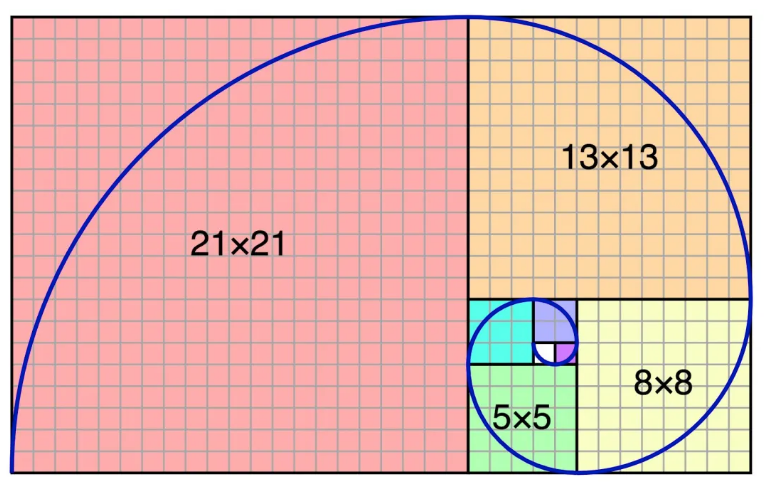 Other estimation techniques such as T-shirt sizes and the bucket system also use this relative differences in size for more accurate engineering estimates.

The key to implementing story points is to establish a point baseline. This means having sample tasks that correspond to each point according to our Fibonacci sequence:

Do not worry, however, about making this baseline perfect. It can always be reviewed and altered as the team gets more comfortable with estimating tasks using story points.

Planning poker is an agile activity usually held during a refinement or sprint-planning meeting. During this activity, the team reaches a consensus on story point estimates for tasks in their sprint backlog.

A backlog item is presented, and the team is free to ask clarifying questions to understand the scope of the task. Team members are then handed cards depicting the Fibonacci sequence and asked to assign story points to the backlog item. If the cards show the same points, that point is assigned to the item, and the next backlog item is discussed. If not, team members discuss their different views until a consensus is reached.

Sharing different points of view helps identify any assumptions or areas that require further clarification. During this process, the team should be on the lookout for huge differences in story point estimates, as this might mean a backlog item is not well understood or has too many unknowns.

Setting a maximum threshold is another good practice here: this is the maximum number of points a task may have. If you set your threshold to 21, it means no tasks should be assigned more than 21 points. If a task goes above that threshold, it means you need to break it down further into smaller tasks. This helps identify huge workloads that might potentially cause bottlenecks or be stuck in WIP for the whole sprint.

As with any activities in agile, the story point estimation requires constant review and adjustments. This is ideally done during the sprint retrospective. Using story point estimation, you can easily identify the team’s sprint velocity, which is the number of points a team can complete during a sprint. This number varies per team depending on skill sets, the number of resources, and how well the team works together. While it’s always ideal to try and improve this number and thus productivity, the ideal velocity is one in which the team can complete required work items without incurring burnout, feeling overworked, or pressed for time.

The sprint retrospective , a review meeting held after every sprint, is also an ideal time to review your story point baseline. After your first sprint or two, the engineering team will have a clearer idea of how much effort and work each task requires.

Estimating engineering work is a complex but crucial part of ensuring your project’s success. Story point estimation provides improved estimation by looking at the effort required to complete a particular work item rather than using the traditional approach of estimating work based on time, which can be unreliable.

It considers the complexity of the task, as well as any unclear requirements. Using this method, the team must establish a consensus to assign points to a particular task based on the Fibonacci sequence, which measures the complexity of tasks relative to each other. It also makes for faster and easier estimates and over time helps you determine your sprint velocity. This will eventually lead to more accurate estimates tailored to your team and their productivity.

Agile tools like Status Hero can help you implement story points within your team and provide more accurate estimates. Status Hero is a work communication tool that simplifies your project management by removing time-consuming status-update meetings and other interruptions from your workflow, replacing them with real-time reports. Status Hero also integrates into all your favorite tools like Jira, Slack, Github, Asana and more , collecting data and gathering unique insights into the team’s productivity, accomplishments, blockers, and mood. This data can be very useful in sprint retrospectives and planning poker events, which are core to producing solid agile estimates.

A Digital Product Manager by day, Michael is a tech enthusiast who is always tinkering with different technologies. From web and mobile frameworks to NoCode development, and recently blockchain development, he believes in the problem-solving power of technology.

In that time I've learned a lot about team communication, software estimation, and managing people — mostly the hard way.

If you want to learn from my missteps (instead of your own) our newsletter is just right for you.

Subscribe to get curated articles, tips, and links to support your efforts leading a modern, productive digital team every week or two.

This is a private mailing list. Your name and email address will never be shared with any other entity. And every email to you will have an instant unsubscribe link.

Use Status Hero for 21 days with no obligation, payment, or credit card required. Take it for a spin by yourself, or add a few other people to see if it works for your team.